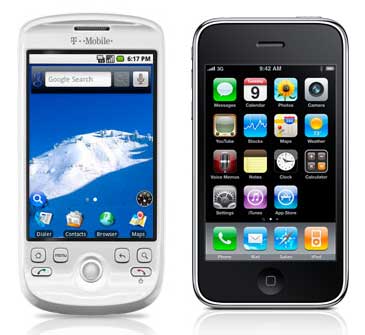 It’s about time I started writing again, so I’ll fill you in what I’ve been working on in my spare time over the last couple of months. Back in the day when I started iconoclast software, I developed several games for a touchscreen platform that was at the time found in airports, bars, etc. Ever since those were published, I’ve been dreaming of porting them to a mobile platform. At first I started out porting to .NET so I could get it on Windows Mobile PDAs at the time. Today, PDAs are pretty much gone, replaced by far better smart phones, and I’ve had to redirect my vision a bit. While working for IBM, I was unable to do any work in my spare time (due to contractual reasons), but now I’m free to do as I please. I feel like I missed the boat on the big rush to the iPhone platform once they allowed native apps, yet it still remains a more than viable platform. For now though, I’ve got my eyes on the Android platform, they new upstart that will most likely grow to be even bigger than the iPhone. I also chose to start with Android for a couple reasons:

For the past month I’ve been reading up on Android from a bunch of blogs, and the ever helpful set of books from CommonsWareauthor Mark Murphy (the best $35 I’ve spent on a set of books). More recently, Motorola has made a huge bet on Android at is putting out a lot of resources for developers with their MOTODEV program. It is really great to see a company get behind a great product like Android and put out something of true value to the community. Starting in August, I really got into porting the first game and have been working hard on that ever since. I’m trying to have it ready in time to submit it to the Android Developer Challenge 2 by the end of the month. It’ll be close, but hopefully I can pull it off. I’ll be posting more about it on my business site,trickybits.com. trickybits as a company will focus on producing high quality applications for mobile platforms, starting with Android initially. From what I’ve heard, Android is sorely lacking high quality apps, and I definitely intend to help fill that gap.

I’m also working on an introductory presentation on Android, supposedly the first in the area. We’ll be putting it on during our next iPhone/Android Developers meetup next Wednesday, Aug. 19th at 6pm. I’m really excited about doing this, as I haven’t done a presentation like this in a long time. It should be a good introduction with everything one needs to start writing a simple application. I’ll be posting slides and related links on Wednesday.

That’s all for now, I’ll be posting more interesting tidbits about what I learn about the platform. Feel free to contact me with any questions you may have.

View all posts by

This site uses Akismet to reduce spam. Learn how your comment data is processed.